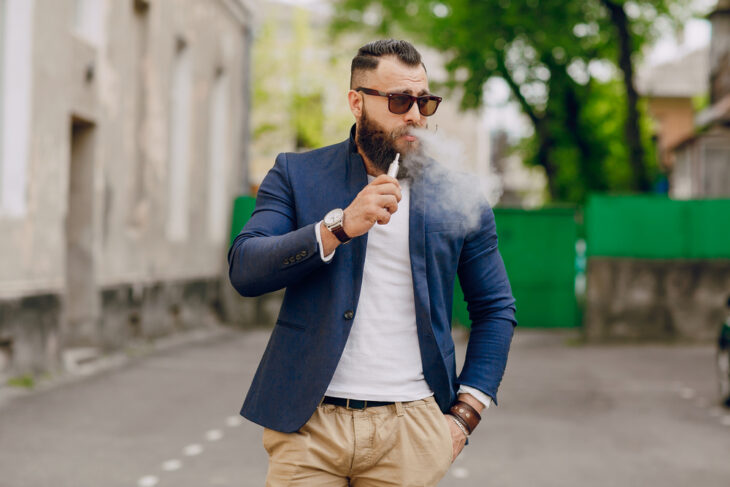 Recreational marijuana use has been a hot political topic for several years now. Some 33 states and the District of Columbia already allow for medical marijuana, while nearly a dozen states have legalized recreational use. No doubt the recreational debate will go on for some time.

With that in mind, marijuana raises some uncomfortable questions about smoking and vaping. Though the two topics may not seem to be related, they are. And unfortunately, how we approach these issues demonstrates inconsistencies that are hard to reconcile.

It is reasonable to say that the vast majority of people who use marijuana recreationally do so by smoking it. Smoking is the fastest and easiest way to induce the euphoric feelings marijuana causes. In terms of medical use, smoking is a mixed bag. Utah allows smoking but not cannabis smoking. Visit Deseret Wellness in Provo, Utah and you will find all sorts of cannabis products that cannot be smoked.

Smoking and vaping raise questions. For example, we have been proclaiming the dangers of smoking since the 1970s. We have been incessant in drilling into the heads of young people how dangerous smoking is. Not only that, but we also do not limit our warnings to cigarettes only. We preach about the dangers of cigars, pipe tobacco, chewing tobacco, and even snuff.

The mind-altering effects of marijuana aside, why is smoking it any safer than smoking cigarettes? How can a nation that worked so hard to demonize tobacco turn and wink at marijuana? Smoking is bad for the lungs no matter the substance. You could make the case that marijuana is safer than tobacco, but so is vaping.

It is safe to say that the war on smoking has been successful for the most part. So now, those against smoking have turned their sights on vaping. They have conducted an equally relentless attack on the practice since electronic cigarettes first made their way to the States a decade ago.

Like smoking, there seems to be a double standard for vaping. Why is it not okay to vape a cherry-flavored liquid but vaping cannabis oil is completely acceptable? If vaping is bad, it is bad. It doesn’t magically become good because you put cannabis oil in your tank.

If smoking and vaping are truly detrimental to one’s health, then it makes no sense to make exceptions for recreational cannabis use. We also have to seriously consider smoking and vaping in relation to medical use. Utah got it right by banning smokable products in their medical marijuana law.

From a medical perspective, edibles and oils do the trick. Edibles come in a variety of forms including tablets, capsules, and liquids that can be added to foods and beverages. Edibles also include food products with the constituents of cannabis as ingredients.

It is entirely possible to treat marijuana like any other pharmacological product in terms of its medical use. Nearly three dozen states have gone that route with more likely to follow. Medical cannabis can be recommended by doctors as a treatment for Alzheimer’s, ALS, chronic pain, and more. But it doesn’t have to be smoked.

As for recreational use, we have to decide once and for all how we feel about smoking and vaping. We cannot have one standard for marijuana and another for tobacco. Otherwise, the hypocrisy becomes overwhelming.